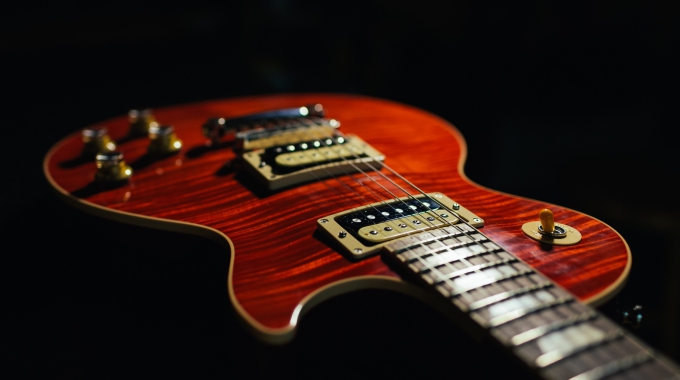 Among people who study the history of music, there are some competing ideas and theories on the origins of guitars. Some experts believe that they were originally derived from medieval lutes, while others feel sure that guitars find their origins in ancient Greek instruments. And yet another group is convinced that they don’t come from either, and appeared during the Renaissance period.

Regardless of which version of guitar history you believe in, the acoustical variety has been with us since at least the 1500s. And, while I certainly couldn’t prove it, I like to imagine people started repairing and restoring guitars just a couple of weeks after that…

Early guitars were simple, of course, and had to be, given the tools and materials that luthiers had available to work with at the time. Most would have had just four or five strings, and only a half dozen or so frets to play with. Even though these basic configurations would allow only a fraction of the notes that musicians play today, guitars quickly became popular and started being produced in bigger and bigger numbers.

The Beginning of the Modern Acoustic Age

It wasn’t until the 1800s that the modern acoustic guitar design (with a wider hollow body and a longer neck) became popular. Although these early designs were still used in classical arrangements, the richer tone and stronger sound they produced gave them a wider range than almost any other musical instrument available on the market. And, unlike pianos, which were incredibly popular as well, a guitar could be transported fairly easily from one place to another.

Around the turn of the century (1900), acoustic guitars saw the introduction of steel strings. At the same time, wider interest in the guitar and improved manufacturing techniques brought new musicians and manufacturers into the mix. Famous guitar brands like Gibson and Martin were born during this time period.

The Introduction of Electric Guitars

In the ’20s and ’30s, luthiers started adding pickups to acoustical guitars, technically turning them into electric models. It wasn’t until the ’40s and ’50s, however, that the trend became more pronounced. In fact, although Les Paul is often credited as having created the first solid body electric guitar, others dispute the claim. Either way, it was during this crucial decade that a lot of the advancements we take for granted became part of mainstream guitar production and design.

In successive decades, new forms of pickups, amplification, and even digital manipulation have become the norm. The result is that today’s guitars, regardless of what instrument they may have originally descended from, can produce virtually any kind of sound that a musician wants to achieve – often without much in the way of expensive effects.

For those of us who love guitars, that makes this an exciting time to be alive. Not only have guitars come so far in the past few centuries, but it’s up to us to decide how to use them now, and we are limited only by our imagination!

Looking for an experienced guitar repair specialist you can trust? Call or email me today to find out how I can help you restore your instrument to like-new condition.

Recent Posts
Categories
Archives
Do you need help with guitar repair, guitar restoration or setup? Are you ready to take your guitar sound to next level?
Get In Touch
Copyright 2014 -  Misha Udovenko Luthiery, Vancouver, BC.  All Rights Reserved